Crimes are activities that is against the law and attracts a wanted level. The wanted level you get is based on the severity of the crime. Wanted levels can build up as you commit more times. To check a players criminal record, use the command /crimes [nick/id].

Some crimes attract a low wanted level. If you commit a low level crime, your character name and blip on the mini-map will turn yellow. You can reduce your wanted level by paying the ticket by issued by a law enforcement officer or pay it at any police station on the map. 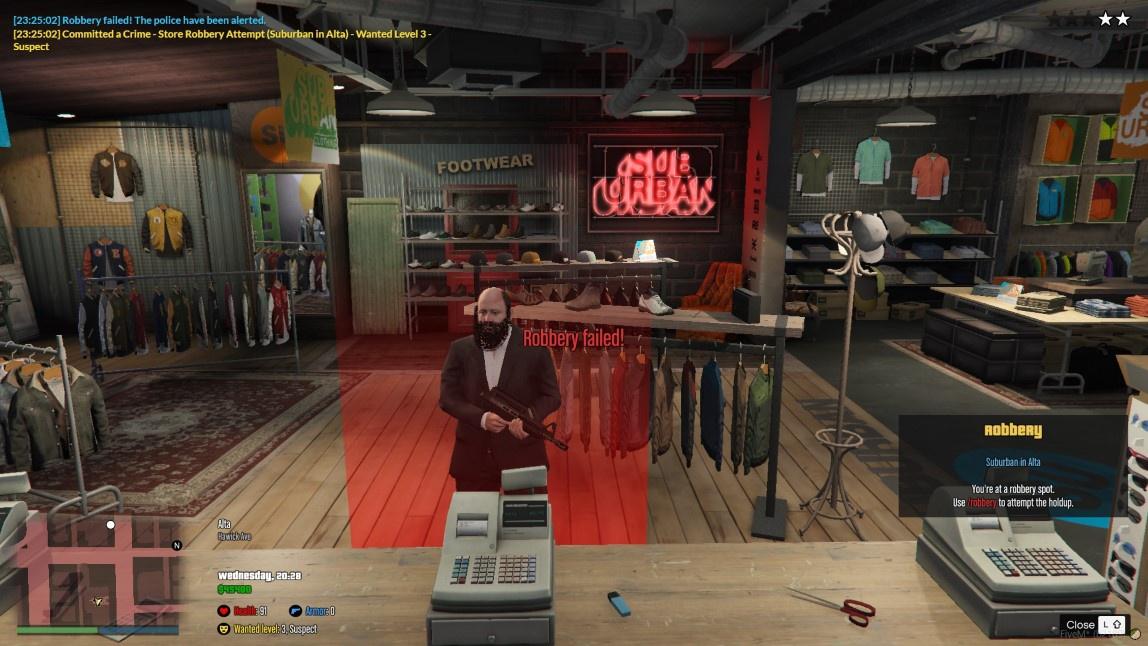 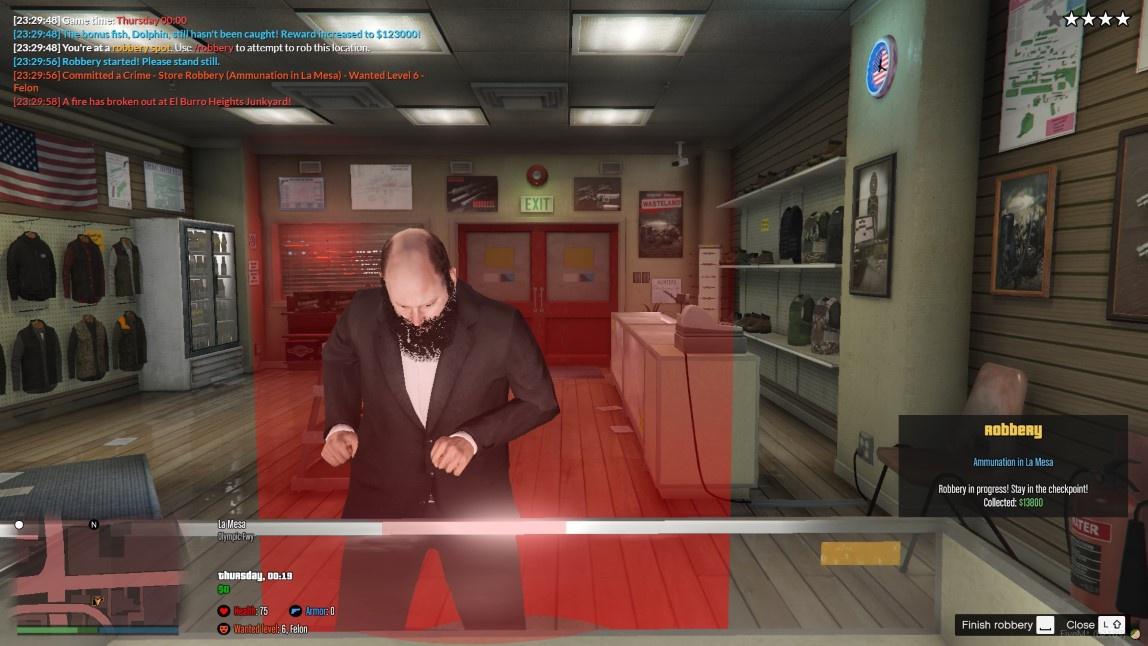 When you commit a series of very serious crimes, a black star will appear next to your name. This means that you are marked for death row if you get arrested or taken down by a law enforcement officer. Players who have been arrested and placed on death row lose all their possessions, life insurances, permits and items.

If you have been caught and put in jail, you can do the following: 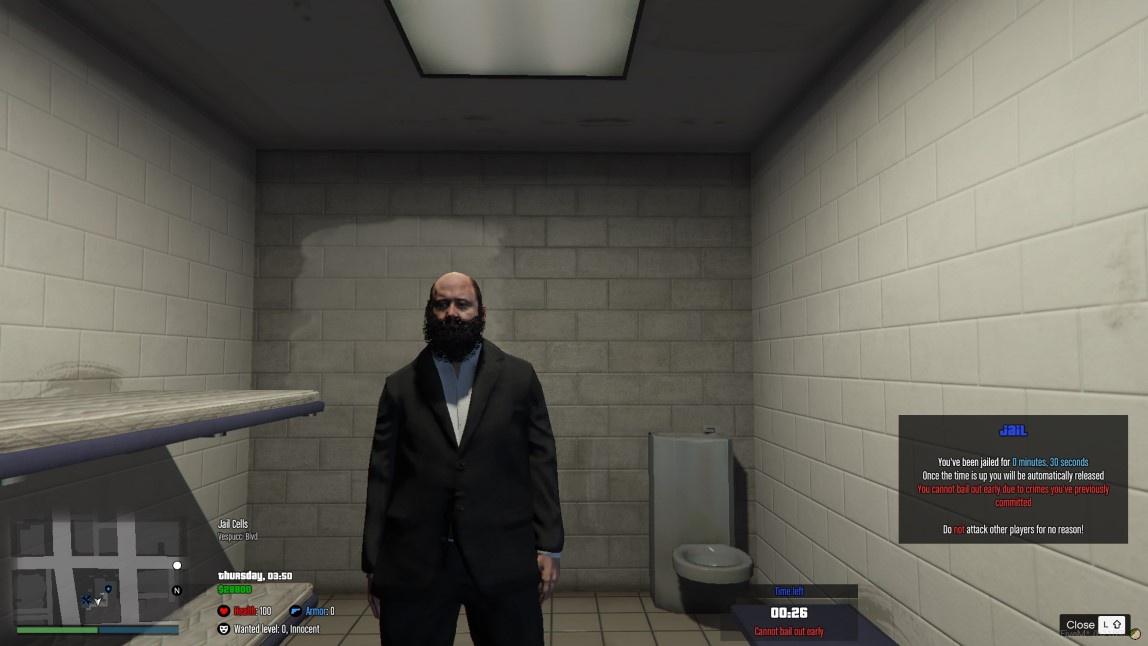 Staying away from cops for a certain period of time will decrease your wanted level as well.

Praying at any church might also decrease your wanted level.